Stop Doing This One Thing And Bring Him CLOSER 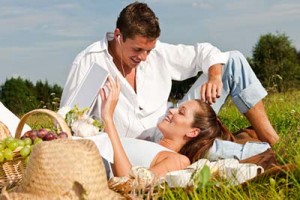 One of the biggest mistakes I see women make in dating and relationships is OVERFUNCTIONING.

There’s this common fear that if we don’t constantly DO things for a man – and take an active role in moving the relationship forward – he’s going to lose interest.

Almost all women want a masculine-energy man who can figure things out on his own, but they often get in their own way because they think they’re just being “helpful” – or they’re afraid they’re going to lose a man if they don’t constantly DO things in the relationship.

The opposite is actually true – overfunctioning actually repels masculine-energy men and causes their attraction for you to fade!

…always being the one to initiate contact with a man

…asking him out, doing all the planning and driving to him for dates, and paying on dates

…doing things in order to GET something from him

…trying to “create” something in your relationship by constantly giving and doing things for him.

Overfuntioning can also manifest in more subtle ways as well. Here are some good questions to ask yourself:

How often do you try to “rescue” the conversation, or “entertain” a man?

How often are you offering unsolicited suggestions, or offering to help a man with something when he hasn’t asked?

Many women take on a lot of the masculine “doing” energy in the relationship – and then build up resentment around that without even realizing it.

Some women are afraid that if they stop overfunctioning they’ll lose their connection with a man and the relationship will “fizzle out” – but the opposite is actually true!

When you start overfunctioning and taking over some of the masculine role, you actually end up pushing men away on a very deep, unconscious level.

It’s shocking how many of us have gotten into this situation. It can persist to the point where it completely damages a relationship seemingly beyond repair – but the good news is, you can FIX it!

Once you learn how to turn this around, and find a new place for your energies on the “outside” – a man will often turn around on a dime.

Your dating life will change. Your relationship will improve. Everything in your life will get better!

The fantastic thing about being a woman is that getting a man to see how wonderful you are doesn’t involve any effort at all! It’s about simply BEING, not doing.

Women who are truly confident know that they don’t need to DO anything in order to keep a man’s interest, so they naturally have a high perceived value in men’s eyes.

This is a very different feeling and “vibe” than chasing a man down, trying to impress HIM and prove to him that you’re a great catch.

A masculine-energy man’s biggest desire is to be with a woman who allows him to do things for her – a woman who’s able to RECEIVE what he has to give!

You’ll be the most attractive woman in the world to a man if you can lean back and allow him to give to you.

When you demonstrate that you can receive from a man, that’s when he feels the most connected to you and can REALLY fall in love.

I shared exactly how to do this to bring a man closer than ever in Teleclass #13 of my Effortlessly Attract Love Program.

If you’re ready to finally have the loving, committed relationship you’ve always dreamed of, click here to learn more about my Effortlessly Attract Love Program.