Do You Give Too Much In Relationships? 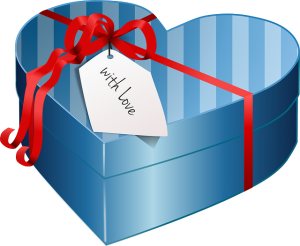 Here’s a question from Marie, who’s giving too much in her relationship.

Hi Helena, I’m frustrated because I’m giving more than I’m receiving in my relationship. I help him with everything, I give him gifts all the time, I’ve loaned him money, the list goes on and on. How can I inspire him to start giving to me? – Marie

Marie – this is a great question, one that many women can relate to. There are a couple different things going on here. The first one is…

Then, if you’re like most of us, you’re beating yourself up by thinking you must not be doing enough since you’re not getting anything back in return – which causes you to want to give even MORE.

To break this cycle of overfunctioning, you need to take your focus OFF of him – and instead focus on loving yourself and taking care of yourself.

Believe it or not, giving and nurturing are masculine traits – they’re about DOING.

THIS is what inspires him to give to you!

You won’t inspire him to give to you by giving to HIM – that’s the wrong way to go.

The other thing that’s going on here is that you’re “giving to get” – you’re giving to him in hopes that you’ll get something back in return – whether it’s more love, affection, attention, appreciation, or commitment.

This is very common, and it doesn’t inspire him to give to you – in fact, it does the opposite!

This doesn’t make him want to give to you – this makes him want to withdraw. We’ve all experienced this.

To start turning this around, try this…

1. Catch yourself when you’re starting to feel resentful – that’s a BIG clue that you’re giving too much. Remember that anger and resentment build in direct proportion to the amount of effort and energy you’re putting out in the relationship.

3. Take a breath – put one foot behind the other – and LEAN BACK.

4. Put your arms down by your side – rather than reaching out towards him. Make sure your palms are facing out, like you’re about to receive something wonderful.

5. Imagine all of his energy, love, attention, and affection coming TOWARDS you – even if they’re not at the moment. This is what’s going to shift your vibe.

See if this helps to reduce your impulse to constantly DO things and give to him. And be sure to appreciate him when he DOES give to you – which is what he’ll most likely do when you lean back and give him the space to come towards you!

If you’re ready to turn this pattern around and finally have the loving, committed relationship you’ve always dreamed of, click here to learn more about my Effortlessly Attract Love Program.

2 replies to "Do You Give Too Much In Relationships?"