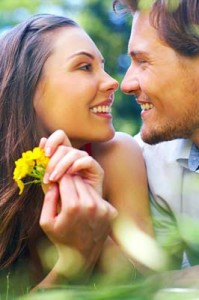 Here’s a short excerpt from my eBook, “Attract The Man You Want.”

Many women have this perception that what men really want is a woman who’s giving and nurturing, and who takes care of his every need.

The truth is, men are “production junkies.” They feel good when their producing energy is being thoroughly used up – for men, this is insatiable.

Most women aren’t aware of this because for us, we usually have a “cap” on what we want to produce in a certain amount of time, and then we want to take a break to recharge so we don’t burn out. It’s not the same for men.

What masculine energy men really want is to make YOU happy – and they LOVE playing the role of provider and producer, even in small ways.

Men are addicted to “fixing” things and solving problems. Their biggest desire is to be with a woman who allows him to do things for her – a woman who’s able to RECEIVE what he has to give!

We need to be aware that men really shine in that role of provider and producer – and make sure that we’re allowing them to fully embrace that role and be that kind of man for us.

You don’t want to be ripping men off of their favorite role! When you start to take over some of this role, you actually end up pushing men away on a very deep, unconscious level.

Many women take on a lot of the masculine “doing” energy in the relationship – and then build up resentment around that without even realizing it.

If you’re overfunctioning or “doing” more than what feels good to you, men often won’t know. Since men do what they want to do ALL the time, they assume that we do as well! They believe that if you’re doing something, it’s because you want to do it.

So many women are afraid to let go of “doing” and ask for help. A common belief is that if we allow someone else to do something for us, they’re going to think we’re weak or have some sort of judgment about it.

Another important thing to remember is…

Acknowledgment and appreciation are the “fuel” that men run on. Men want to know that what they do makes you happy!

If you let a man know what feels good to you through appreciation, the right man for you will be more than happy to keep doing it!

Men are always wondering how they can make women happy – and even the most masculine-energy men need a little guidance with that at times (I’ll show you exactly how to do this in a way that brings him CLOSER in a later chapter).

This is NOT about changing who a man is, or molding him into some sort of robot who’s only there to serve you. Nagging or controlling are obviously BIG turn-offs to men. It’s about letting a man know all the things he does that make you happy through appreciation and acknowledgment of him.

When you demonstrate that you can receive from a man and allow him to play his favorite role of provider and producer, that’s when a man feels the most connected to you and can REALLY fall in love.

You’ll be the most attractive woman in the world to a man if you allow him to give to you and play that role. Men will flock to you when you learn how to do this – try it and you’ll see!

If you’re ready to build the kind of deep attraction with a man that inspires his love, devotion and life-long commitment – click here to learn more about my eBook, “Attract The Man You Want.”

7 replies to "What Men REALLY Want"