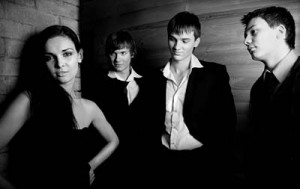 Your strongest emotions are not only feelings – they’re something you can use as a TOOL to make a man feel more attracted and connected to you.
These powerful emotions – such as anger, jealousy, and fear – are most often stuffed down.
For example, most of us women have nowhere near the connection to our anger that men have – and most men are terrified of their anger too!
We’re even MORE terrified of these powerful emotions because we’ve never been taught to express them in a helpful or satisfying way. We’ve been taught that these emotions are the one thing that will push everyone away from us, and that they won’t get us anything.
Then we see other women out there – who some people might call “bitches” – and they’re getting everything they want. We see that they’re in touch with they’re strong emotions, such as anger and jealousy.
We think that men love them BECAUSE they’re “bitchy” – it can be easy to assume that’s what men like (there have even been books written about this), but that’s actually not the case.

Men love these women because they experience them as AUTHENTIC.

If these emotions are “stuck” in your subconscious and you’re not aware of them – they’ll run your thoughts, behavior, and life without you even knowing it.

This is a BIG cause of self-sabotage in relationships. It creates recurring patterns of behavior – so even if you’re in new situations with different men, these powerful emotions like anger and fear will cause you to react in the same, habitual way if you’re not embracing them.

If you’re covering up these powerful emotions by stuffing them down and being extra sweet and “understanding” – or by overfunctioning or nurturing and being all about HIM – it’s disturbing to a man because there’s a disconnect there.

When this happens, your vibe – which he can FEEL – and your actions and words are incongruent.

If deep down you’re angry, but you’re being extra sweet to a man, it comes across as inauthentic.

This is what makes a man feel unsafe around you. It weakens the attraction and connection and pushes him away on a deep, unconscious level.

We tend to think that being “nice” and “understanding” with a man is what’s going to make him come close and feel safe – but if we’re covering up our anger or other strong emotions – it actually does the opposite.

There might be anger beneath your fear or your depression – depression is often anger turned inward on yourself – so you really want to get in touch with all of your emotions and learn how to express them in a way that will bring a man CLOSER to you, rather than push him away.