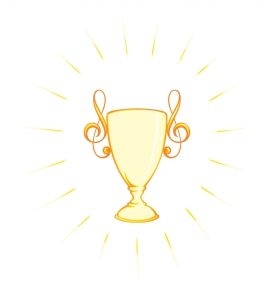 The key to inspiring a man’s masculine need to pursue you and “win you over” is knowing that you’re a prize that needs to be won!

Knowing that you’re a prize involves adopting the attitude that you’re “the greatest thing since sliced bread” – and that you could get any man you wanted!

This is a very different feeling and “vibe” than trying to impress a MAN and convince him that you’re a great catch.

When you really know and understand how amazing you are, the way you behave and the way you speak starts to work differently – your vibe organically starts to change.

For example, women who know they’re a prize naturally have a “High Degree of Difficulty.”

If deep down you KNOW that you’re a prize, you’re not going to tolerate bad treatment. You’d instinctively feel turned off if a man wasn’t treating you well.

You wouldn’t want to waste your time on a man who’s interested in other women or unsure about his feelings for you.

The most important thing about this is – just like your boundaries – you want this feeling that you know you’re a prize to be on the INSIDE, not on the outside like a wall you build up around yourself.

You don’t want to just walk up to a guy and say, “I’m a prize, you need to treat me like a queen. Here’s my list of my requirements…”

A woman who REALLY knows she’s a prize wouldn’t need to say that. Anything you do or say to try to “get” him to realize that you’re a prize is going to backfire on you.

Instead, you watch what he does, and you see how that makes you feel. If he’s treating you fantastically and he contacts you regularly and keeps asking you out – he’s doing what he’s supposed to do – you’re a prize to him! You’re doing brilliantly.

If he stops doing these things and it starts to feel weird to you, then you get to say, “This doesn’t feel right to me. I’m a woman who needs a lot of contact and maybe we’re not on the same page.”

Or, if you’re Circular Dating, he’d simply “get lost in the shuffle” since there’d be so many other men who ARE contacting you and asking you out!

It’s the way you respond to the way he acts. So you’re the prize and you don’t have to do ANYTHING to make him feel it, except respond as a woman who knows she’s a prize would respond.

The right man will want to be with you with absolutely NO prodding or convincing from you!

If you can get it into every cell of your body that the right man for you would treat you like a prize and do ANYTHING to be with you – you wouldn’t accept anything less!

I’m here to show you that you already ARE a prize – you already have what it takes to draw men in and inspire them to give you all the love, affection, attention, and commitment you want and deserve.

If this is hard for you to believe, you’re not alone! I used to feel like the OPPOSITE of a prize – until I started Circular Dating correctly and learned how to stop blocking love and great men from coming toward me.

Many of my clients have had a similar experience – no one comes to me feeling like they could have any man they wanted. But once they start experiencing what it’s like to be in the center of all these amazing men who want to be with them – everything shifts and they start to realize what a prize they really are!

This is where I want you to be – feeling like you’re a true prize and surrounded by men who are pursuing you and trying to win you over.

5 replies to "Inspire His Masculine Need To "Win" You"