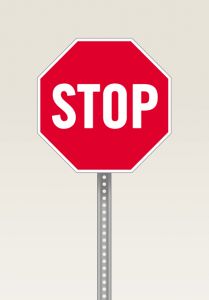 Here’s a comment from Niqui I thought so many women can relate to, I wanted to turn it into a new post. You can read the entire comment here. Thank you, Niqui!
Niqui’s comment:
“…In the last month while he has been “chasing the dollar,” he has begun to withdraw and be disrespectful. I’d “let go” quite a few things he has said in the past chalking it up to his “in your face” New York-style of just saying ANYTHING. However, when he flipped out on me via email several days ago – something in ME switched OFF. I realized that NO ONE in my world speaks to me in the disrespectful manner that he slips into often enough for – in my opinion – no apparent reason. I also realized that I have shyed away from calling him on MOST of his foolishness in an effort to “keep the peace” AND “preserve the relationship”…After realizing that his “going off” is a PATTERN of behavior, I had to CHECK MYSELF… “
There’s a big difference between accepting a man and allowing him to treat you poorly. While it’s important to accept and appreciate the man you’re with, you NEVER want to tolerate bad or neglectful behavior.

Sometimes a man is just clueless – he may be inexperienced and not know what’s ok and what isn’t. This is often the case for smaller issues, like being on time or opening doors for you.

But much of the time – especially when it comes to bigger issues – a man KNOWS what he’s supposed to do and not do in a relationship.

What you tolerate in a relationship is a measure of what you think you deserve. So when you tolerate his bad behavior in order to preserve the relationship, you’re lowering your Degree of Difficulty – which weakens his attraction to you.

Tolerating second-class behavior also causes you to downgrade yourself in your OWN eyes, which erodes your self-esteem.

If he’s consistently behaving in ways you don’t like, the entire relationship dynamic needs to be healed. Trying to get him to do what you want “this one time” won’t heal the entire dynamic. If you’re being ruled by “chemistry” or by your feelings for a man, it can be easy to make excuses for him and ignore your own feelings and intuition.

If you’re tolerating bad behavior because you’re afraid of losing a man, that creates a whole vibe around you that a man can FEEL – and this does the OPPOSITE of attract him.

So you have to ask yourself – do you want to live your life in constant fear of losing a man who’s treating you poorly? Or do you want to be with someone who’s chasing after YOU and treating you the way you deserve to be treated?
Once you start feeling so good about yourself that you’d never even consider tolerating behavior that doesn’t feel good to you – everything in your life will get better!