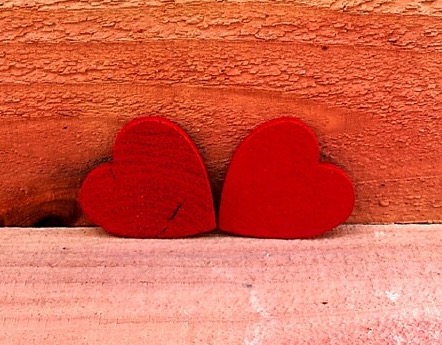 One of the most common questions I get asked is, “What makes a man want to move the relationship forward towards a REAL commitment?”
To answer this, I’ve found that it’s helpful to understand the differences in how men and women view relationships in terms of timing.
If you’re anything like I was, during the early stages of dating a man, you might be thinking about what the rest of your life “together” will look like.
It’s not the same for men. He’s most likely not going to leave those first few dates wondering what the future will be like (even if he likes you!). Men’s brains just aren’t wired that way.

Women tend to look into the distance for the relationship, while most men are all about the MOMENT.

This isn’t anyone’s “fault” – it’s just an example of how men’s and women’s brains are wired differently.
Many women don’t enjoy the dating process – they want to rush through it as quickly as possible to get to a commitment.
I remember feeling this way when I was single – I was tired of dating and I just wanted to find “the one.”
I was always in my masculine energy trying to “make something happen” in dating and relationships, and all that did was push good men away on a deep level (the OPPOSITE of inspiring him to move the relationship forward!).

The truth is, masculine-energy men go crazy for a woman who’s living in her feminine energy – when she’s fully experiencing life and getting INSIDE of every moment.

When I started practicing experiencing life one moment at a time, everything shifted – and that’s when my husband showed up!
When it came to dating, I went from being results-oriented (“Could this be ‘the one’?”) to becoming more process-oriented (“I wonder who this man is and why he showed up!”) – and this made all the difference in the world for me.
We women can get very caught up in looking in the distance for the relationship.
We tend to worry about how it’s all going to turn out – and most men are the opposite, they just want to feel good in the moment.

If you can REVERSE that, and just play in the moment – if he’s the right man for you, he’ll want to keep coming towards you and move the relationship forward all on his own!

“Forever” – to most men – is just a bunch of moments strung together.
This doesn’t mean that if a man is waving red flags you should ignore them – you absolutely want to trust your instincts and boundaries, and not allow yourself to invest in a man who isn’t looking for a relationship if that’s what YOU want.
That being said, when you’re looking for a relationship – you don’t want to “push,” you want to draw a man in. This isn’t a “game” at all, it’s a whole new way to live your life!