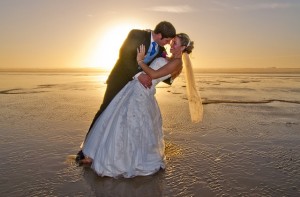 Unlike women, most men don’t sit around thinking about the future or “forever.”
That’s why it’s important to know what inspires a man’s love, affection, and devotion – and triggers his need to commit to one woman for the rest of his life.
Here are three things a man needs in order to truly commit to you:
1. He needs to know that you don’t NEED him.

We all know that when it comes to men, neediness is the opposite of attraction. Most women either throw themselves at a man by trying to convince him that they’re a great catch – or they come across as aloof, cold, or unapproachable.

Men are irresistibly pulled toward a woman who knows who she is, knows what she wants, and has no anxiety at all about whether or not a man loves her – because she already loves herself!

2. He needs to feel a sense of “calm contentment” when he’s with you.

When it comes to love, many women want passion and excitement – while men want to feel a sense of CALM. To truly primally attract a man – so he’d never settle for anyone else – you need to create an overwhelming feeling of “calm contentment” when he’s around you.

This is the opposite of what so many women do by making a man “wrong”, starting conversations about where the relationship is going, or giving him ultimatums.

3. He needs to feel that it’s HIS idea to pursue you and commit to you.

This isn’t about playing “hard to get” (that will backfire on you). But once a man makes his own choice to REALLY be with a woman, he’ll fight for that love and that relationship more than anything in his life.

If you learn how to trigger a man’s need to commit it his mind – suddenly this whole game of love, dating, and relationships changes forever. Suddenly the guy who doesn’t want to commit finds himself happily asking YOU for a commitment. You’ll find yourself pursued and wanted by REAL men who are ready and willing to give you the incredible love you want and deserve!

If you REALLY want to get the commitment you want from a man, you need to watch this new video by renowned relationship expert Michael Fiore. It’s called “3 Steps To Make A Man Love You” and it teaches you how to make a man not just fall for you – but to actually make him obsessed with you so HE decides he wants a commitment.
Michael lays out the absolute truth about what men really want and need from a woman for them to be able to give EVERYTHING to her. (In fact, he flat out tells you how his wife captured his heart and made him fall for her HARD, even though he was “playing the field” and thought he’d never settle down!).

→ Click Here To Learn How To Capture His Heart Forever