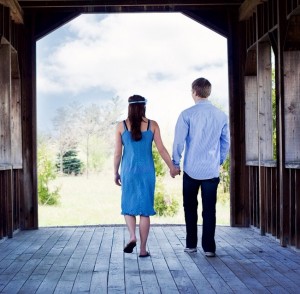 If you’re feeling angry with a man, your first instinct may be to attack him – but attacking or blaming a man can make him feel unsafe and cause him to get defensive and “shut down” or pull away from you.
I want show you what to do instead to overcome arguments and actually bring a man CLOSER instead of push him away.
When you’re in the middle of an argument or power struggle, conflict resolution is often counterintuitive – what you should do is often the exact opposite of what you feel the most compelled to do in the moment.
The good news is, there are specific skills you can learn to dismantle arguments and help overcome power struggles in your relationship.

One of the most powerful ways to overcome arguments in relationships is to OWN YOUR EXPERIENCE, rather than divert the attention or blame away from yourself.

This can work wonders in ALL of your relationships in your life, not just in romantic relationships.
When we’re feeling defensive, we tend to want to divert blame away from ourselves, and often onto our partner. Even if we’re in the wrong, we can still do this because our brains are hardwired to want to be “right.”
When we’re diverting the blame, we often use sentences starting with “you.” This is the verbal equivalent of pointing the blame directly at the other person.
Statements such as, “You drive me crazy…” or “You’re pissing me off…” or “You made me so angry when you did that…” will cause a man to immediately go on the defensive.
The way to stop diverting the blame is to start connecting with and OWNING your experience.

Once you get into the habit of owning your experience, it will help you understand and appreciate each other’s differences so that both of you can be yourselves with each other and live an authentic life together.

You’ll no longer need to try to change or manipulate a man in order to get your needs met or keep the peace.
Since this skill is counterintuitive, it might feel unnatural or even a little scary at first, and it’s likely going to take some practice – but it can really improve your relationship and change your life when you learn how to use it correctly!
Click here to read Part 2 of this post, where I’m going to show you how to express yourself in a way that a man can hear – without blaming him or making him “wrong” – so you can actually bring him CLOSER during an argument, rather than push him away.