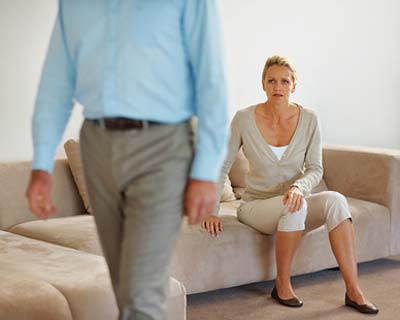 Have you ever felt like you’re exactly what a man wants, but he still ends up pulling away or disappearing on you?

Have you ever given everything to a man only to end up feeling shocked and confused when he becomes distant or pulls away?

I remember in 2010 a man I was in love with broke things off with me one morning in a text message. He said what I did for work wasn’t “enough” for him to commit to a full-on relationship with me.

At the time I was in a doctorate program for psychology and was working with teenagers with disabilities.

This was a man who was CRAZY about me when we first started dating, and who always told me how impressed he was with what I had accomplished in my life.

I later found out that he started dating someone who didn’t even HAVE a job.

What I discovered is that I had been pushing him away on a deep, subconscious level without even realizing it!

I’ve heard countless stories like this – the reasons men give for leaving a woman usually aren’t the REAL reason they pull away.

But if you’re missing this one thing, he won’t commit to you and he’ll always feel like he’s waiting for someone better to come along.

The good news is, it’s totally possible to turn this around!

I’ve discovered a formula for quickly attracting (or re-attracting!) a man and connecting with his heart in a way that makes him want to commit to you forever.

When you learn how to apply this formula, you’ll be amazed at how easy and effortless it can be to have the relationship you’ve always dreamed of having!

I explain it all in this new article I wrote…

Over the last 5 years, I’ve been coaching women who have given their all to a relationship, only to be stuck as an “option” with the men they date.

I’ve helped these women get into committed relationships where they’re now VALUED and prioritized by the men they’re with – and now, I want to help you!

Or if you’re being treated like a back-up plan or option with a guy, and you want to turn things around and make him feel like you’re “The One” he’s been looking for his entire life…

Then check out this article where I share a secret almost nobody is talking about that can change everything for you once you understand how to use it: